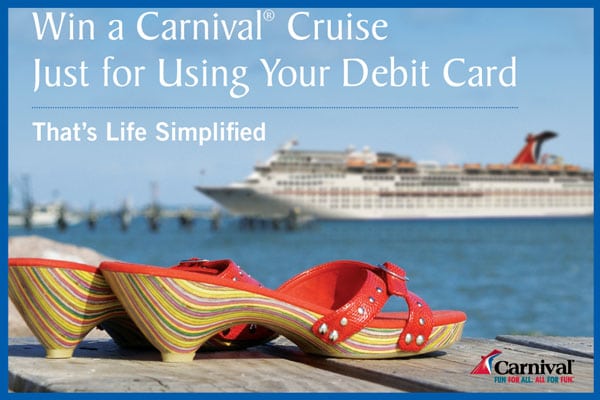 By Ken DunnNovember 20, 2015Blog
No Comments

If you’re like most people, you have a handful of credit and debit cards. So, short of your bank bribing you, what would make you reach for one card rather than the other?

That was the challenge faced by South Carolina Federal Credit Union (SCFCU), which wanted to stand out in a crowded market. Getting its members to use their debit card would reinforce the SCFCU brand, generate transaction revenue, and build rewards points for the members themselves. PSB Integrated Marketing, a division of Lake Forest, Calif.’s Westamerica Communications, knew just how to help them cash in. 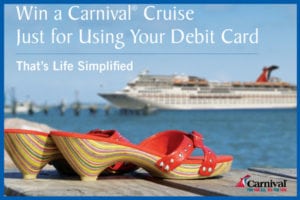 Anchors Away
With an offer of a free cruise on Carnival Cruise Line as an incentive, credit union members needed to make 20 or more signature-based transactions during the one-month promotional period to be entered into a sweepstakes.

“Knowing that there’s an opportunity to be a part of this contest would make people more likely to use that debit card,” explains Mark DeBellis, vice president of marketing and business development for Westamerica. The more excited people were about winning a cruise, the more likely they were to swipe. 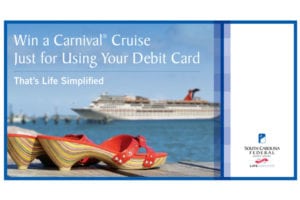 Selling Simplified Bliss
For the 2011 campaign, PSB Integrated Marketing produced print collateral such as statement inserts and postcards. They also created graphics that could be used in newsletter articles, online and in the credit union’s app. “The goal for us was really to help them get this message out in as many ways as possible,” says DeBellis.

Since the idea was to tempt credit union members with a trip to paradise, the campaign used vacation images that would have people wanting to get away, such as ocean waves and, yes, a cruise ship.

Also featured prominently in the campaign was a pair of shoes, an image that fits with SCFCU’s ongoing branding motif: “Life Simplified.”

“The image of various shoes works well for the prospect to visualize themselves in these particular shoes doing things that are made possible by South Carolina’s suite of services,” says DeBellis. “It’s clean. It’s simple. It’s unconstrained. And a lot of the work that we do with them uses shoes in it for that reason.”

“The imagery of feet and shoes in different positions and places is really pretty dynamic,” says Natalie Gandolfo, senior account manager on the account. “You can show feet in an office, you can show feet kicked up out of the window of a car, or sandals in the grass.” In the SCFCU campaign, a pair of flip-flops sits leisurely on the beach, tempting debit card users to kick off their own shoes and join them. 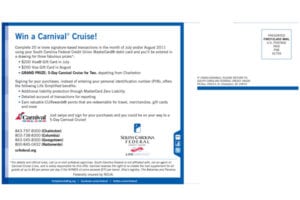 The Mobile Effect
One of the challenges in putting the campaign together was adapting the images and content to mobile.

“All aspects of mobile need to be more simplified,” says Gandolfo. That means making graphics small enough to easily load, and ensuring that content can be quickly digested. “We don’t need a whole page of copy. We need three bullet points, maybe some sort of interesting photo. It only lends itself to a little bit of information such as the key point and the call to action because there’s not much room for anything else.”

Another thing to keep in mind when adapting a campaign to mobile devices is where people are being directed to from the device. A mistake some companies make is having people click on an email or a link from their smartphone that takes them to the company’s home page rather than a page that has the information the customer is looking for, says DeBellis.

“We know that people really want to get to a solution as quickly as possible. So we think through that whole chain of events. You’re going to give them this information so what do you want them to do with it? How do you essentially close the loop on the process in as few clicks as possible?”

When pulling the campaign together, it was important to make sure the different elements were similar without being too repetitious.

“You walk a fine line between being recognizable and being tired,” says Gandolfo. “Maybe we’ll let a certain image run its course for a couple of months and then change it up to something that’s related but different.”

The campaign itself was a success, and showed the power of appealing to a customer’s desires whether they are conscious or unconscious ones.

“There are so many different channels of communication that you’re competing with all this other noise,” says DeBellis. “We’ve got to consistently come up with different ways to combat that.” 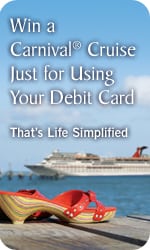