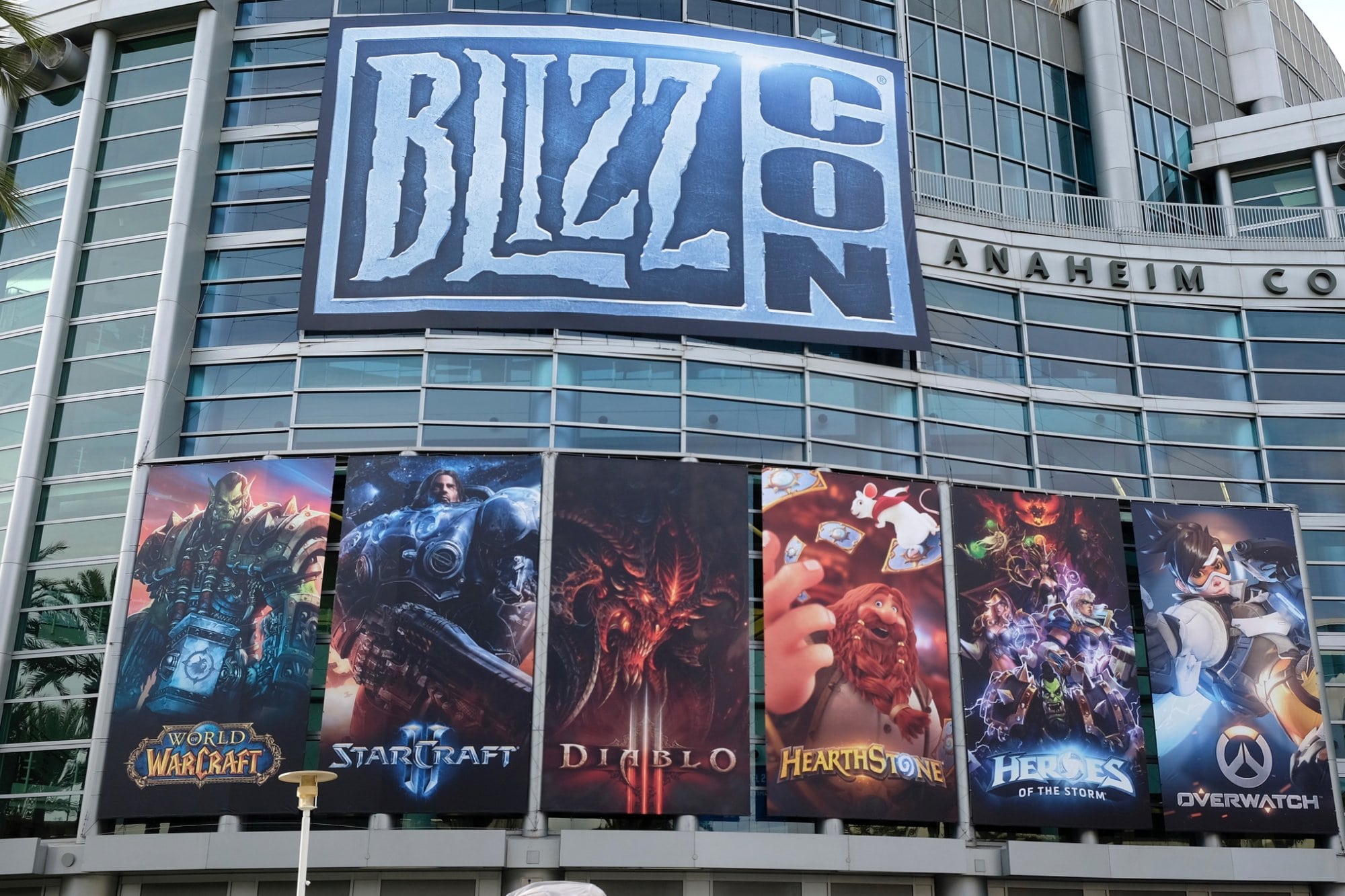 Why it’s important to “Get a seat at the table”

By Ken DunnDecember 29, 2017Blog
No Comments 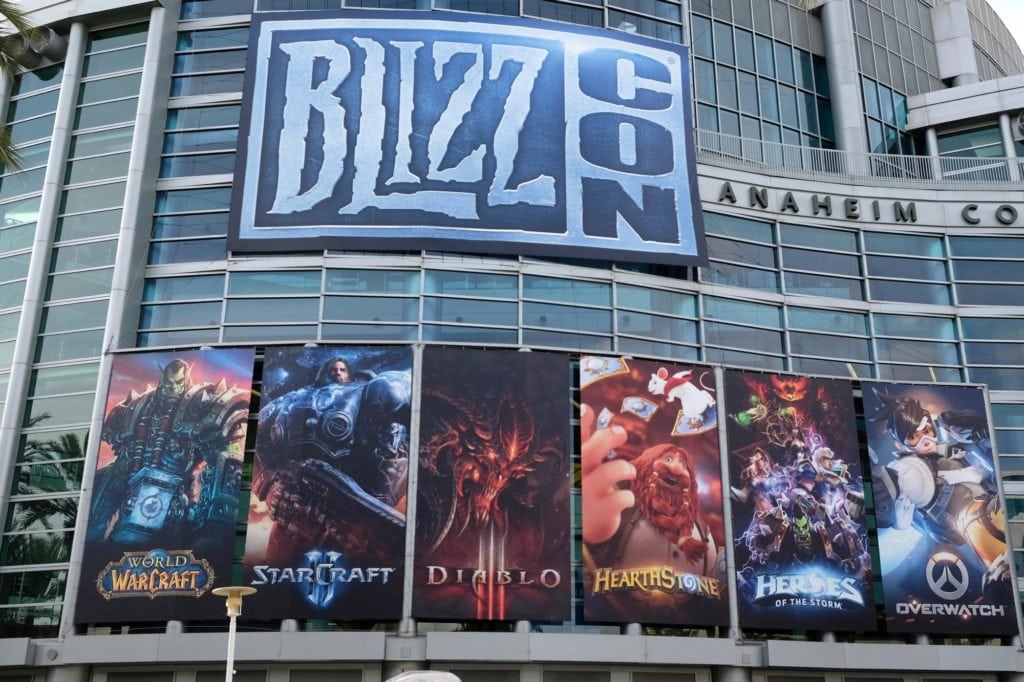 We’ve all heard that it’s important for a sales rep to develop a relationship with a client. We’ve been told that our goal should be to “get a seat at the table” while the client is in the process of developing their marketing plan. This advice was demonstrated to me during a recent conversation with Dan Plomin, General Manager, VCG Division here at Westamerica Communications. 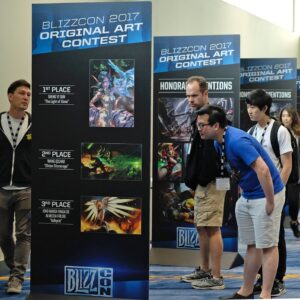 One of Dan’s recent projects is a perfect example of how moving beyond sales and into project management is beneficial for both the client and your company.

As I walked with Dan through the Anaheim Convention Center the day before the opening of BlizzCon, I was blown away. There on the walls, hanging from the ceiling, standing in the walkways, behind the stages, and all around the arena was the culmination of weeks of production activities that had taken place at Westamerica. 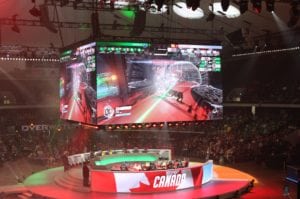 For the uninitiated, here’s a brief intro to BlizzCon. Imagine a convention center and arena filled with video game fans. The convention is held by Blizzard Entertainment to promote its major franchises likeOverwatch, which, in a little over a year, surpassed $1 billion in revenue to make it the fastest growing franchise in Blizzard history.

In addition, among the 35,000+ fans, are cosplay actors dressed as their favorite video game characters. There’s also an e-sports event that rivals any major sporting event. The 2017 Overwatch World Cupcompetition was played in the arena at the Anaheim Convention center. Teams from around the world including Australia, Canada, China, France, South Korea, Sweden, the United Kingdom, and the United States were there to compete for over $280,000 in prize money.

Now add to this all the fans of video games like World of Warcraft, StarCraft, Diablo, Hearthstone, and dozens of other games and you can imagine what it was like when Dan and I walked through the convention center.

A Seat at the Table 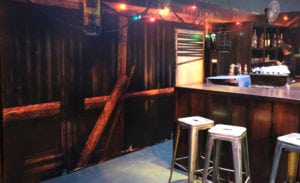 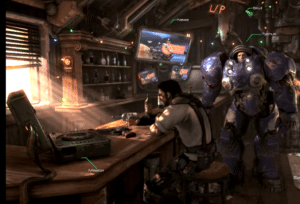 While Dan was working with the event marketers at Blizzard Entertainment they mentioned they wanted to create an immersive environment for the attendees. One of their ideas centered on creating an environment from their StarCraft franchise.

Joeyray’s Bar is featured in the StarCraft game and the team wanted to find a way to recreate the bar at the convention center. In the image of the game (refer to photo) you can see that the bar and the walls are made of wood. Dan suggested using real wood to create the right feel for the environment.

Using one of the wide format printers that we have at Westamerica, Dan and our team of technicians printed four-foot by eight-foot sheets of balsa wood with the graphics provided by Blizzard. Once the wood panels were installed, some creative lighting was added, along with a few bottles of alcohol and the next thing you know StarCraft fans were able to enjoy a drink at Joeyray’s Bar. 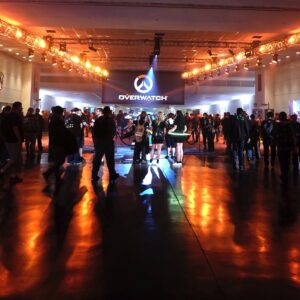 The corridor leading from the Anaheim Convention Center to the arena, where the Overwatch World Cup was to be played, provided another way to add to the immersive experience of the event. Westamerica created orange accent pieces on the walls of the corridor. We created canvas gallery wrapped prints and 3-D logos out of PVC that hung on the walls. These elements created such an ambiance and immersive feel that many of the attendees, instead of simply walking through the corridor, actually hung out in the area.

Develop a Relationship with the Client

Dan’s longstanding relationship with the team at Blizzard is based on partnership, service, and dependability. For example, just days, and sometimes hours, before the opening of the convention, the event director can count on Dan and the team at Westamerica to create a needed piece. It’s not unusual for Dan to receive last-minute phone calls asking for changes in a particular piece due to a stage configuration change or the need to decorate a VIP room. Whatever they need Dan, with the help of the talented team back at Westamerica, is able to provide the product. 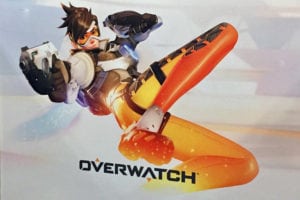 Another extremely important part of the relationship developed between Dan and Blizzard is the understanding that many of these projects contain sensitive information. Whether signs, posters, set pieces, wall accents, or 3-D logos they must be secure. The announcement of new games and products must be kept under wraps until the day of the event.

To be a successful sales executive, it’s imperative that you develop a good relationship with the client. Dan didn’t simply quote the cost of printing 10,000 posters. His relationship with Blizzard Entertainment allowed him to offer suggestions and provide valuable input on their projects. This relationship has developed over time. And it has been nourished through his knowledge of the printing industry, the equipment available to him through Westamerica, and the new and innovative products available from our strategic partners.

I’m very proud of the work that Dan and the team at Westamerica provide to clients like Blizzard Entertainment.