Direct Mail Has a Greater Effect on Purchase Than Digital Ads

This is a great article, originally posted at dmnews.com.

An in-depth neuroscientific study sponsored by the Postal Service Inspector General’s office (OIG) found direct mail ads to be superior to those viewed online in eight out of nine categories. Digital ads seized the attention of consumers quicker, but physical ads held that attention longer, elicited a greater emotional reaction, and played a more direct role in ultimate purchase decisions.

Noting that advertising mail accounts for 31% of USPS revenues—some $20 billion last year—the OIG’s office partnered with Temple University’s Center for Neural Decision Making to provide the Postal Service with ammunition to promote use of the mails in multichannel marketing strategies along with digital methods. The results OIG received could end up making a reasonable case for marketers to consider anchoring their multichannel strategies around mail. 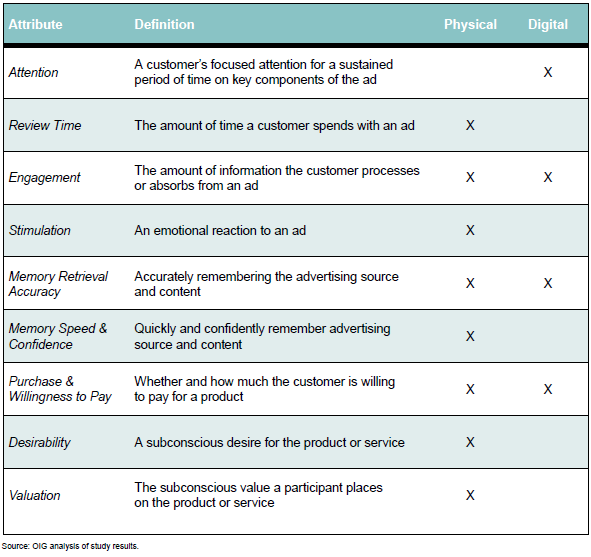 The MRI scans found that the postcards triggered the ventral striatum of the brain, the center of desirability and value. On that evidence, Temple researchers concluded that physical ads have a deeper and longer-lasting effect than digital ads on instilling desire for products and services.

Based on study results, the OIG offered these suggestions in making better use of direct mail in the marketing mix:

Test the piece for maximum reaction. Take neuromarketing a step further by doing your own studies to determine how specific elements of a direct mail piece—whether color, shape, or use of white space—elicits the best reaction from consumers.

Explore sequencing options. Neuroscience could also be used, says OIG, to determine the most effective sequence of media elements in a campaign. Does email followed by direct mail work best, or vice versa? Should other media such as television be included?

Similar results were handed down in a neuromarketing study undertaken in 2009 by Royal Mail in the U.K. It, too, found that physical media generated deeper brain activity than digital media.