I’m very proud of our team here at Westamerica Communications. As a cross-media marketing company we work in many different communications channels. And this requires our team to be knowledgeable and flexible. But the rewards are great. 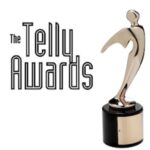 In the recent past we’ve received numerous awards for our client’s work
in various industry categories. We’ve won a couple “Bennies” in the Premier Print Award Competition, from the Printing Industries of America. This international competition recognizes the highest quality printed pieces in various categories.

We’ve received Gold, Silver, and Bronze awards from the Marketing Association of Credit Unions, which “has been recognizing the best of the best in marketing achievements since 1986.”

And now we’re very excited to announce that the Telly Awards has named Westamerica Communications as a Bronze winner in the 37th Annual Telly Awards. These awards honor the best in TV and cable, digital and streaming, and non-broadcast productions.

One of our clients was launching a new product. They were also exhibiting at a trade show. They wanted to help their clients understand the new features available in their new microprocessor controlled prosthetic knee. Because we understand the importance of video in today’s marketing environment, we suggested a 3-D product animation video with 360° rotation and exploded details.

Our video production team created a video that highlighted the 8MHz microprocessor, the customizable settings and the fact that the entire unit is fully submersible.

The client was extremely happy with the final outcome. The video was a great addition to their trade show graphics. And, due to the versatility of video, the client has featured the video on it’s website and distributed it through their social media channels.

It seems the client wasn’t the only one impressed with the video. Now it has been recognized as an outstanding video production by a group of top advertising and production professionals.

You may have never heard of the Telly Awards but I can tell you they’re a really big deal. To win a Telly you’re in the company of video production houses like:

And, it’s not like everyone who enters wins an award. These are not “participant” trophies. In 2016, there were over 13,000 entries from companies all over the United States and from five continents. And, when you consider that only 7 to 10% of entrants are chosen as Silver Telly Award winners and Bronze Telly Award Winners typically represent about 18 to 25% of entrants, earning a Telly Award is a significant creative achievement.

The judging panel is made up of over 500 accomplished industry professionals, each a past winner of a Silver Telly.

It’s also interesting to note that the entries do not compete against each other. Rather entries are judged against a high standard of merit and thus are recognized for their distinction in creative work.

According to the Executive Director of the Telly Awards, Linda Day, “The Telly Awards has a mission to honor the very best in film and video.”

“Westamerica’s accomplishment illustrates their creativity, skill, and dedication to their craft and serves as a testament to great film and video production.” -Linda Day

It brings joy to my heart to be working with such a talented group of people. From our sales and customer service staff, our creative services department, our video and print production departments to our employees in the shipping department, we all work together to create some of the most beautiful, useful and dynamic marketing materials in all of Los Angeles and Orange Counties.